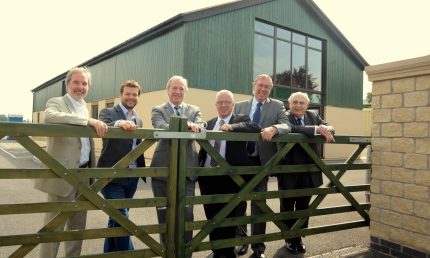 A global creative business which moved its Midlands office to Coventry, has created new jobs in the area at this unique commercial property development.

The two-storey property was one of two derelict barns, which were given to the Heart of England Community Foundation, along with £500,000, to be converted into high-quality office space with the rental income being given back to the charity.

Imagination staff moved from their base in Hurley, Atherstone, to the 5,000 sq ft environmentally-friendly premises and employee numbers will triple with new staff being recruited locally.

Deeley were initially contracted for shell works to ready the barns for commercial use. We returned to the project to provide fitting out services and convert the main barn into office space ready for use.

Autobahn International, a dealer in prestige cars, had already moved into the smaller barn and with Imagination taking up residence in the larger barn in October, the scheme has come to a satisfying conclusion.

Furthermore, the project won a Business Masters Pride Award in 2012 and was Highly Commended in the NFB Awards 2014, Refurbishment of the Year category.